Twitter likely to sell itself to Elon Musk today 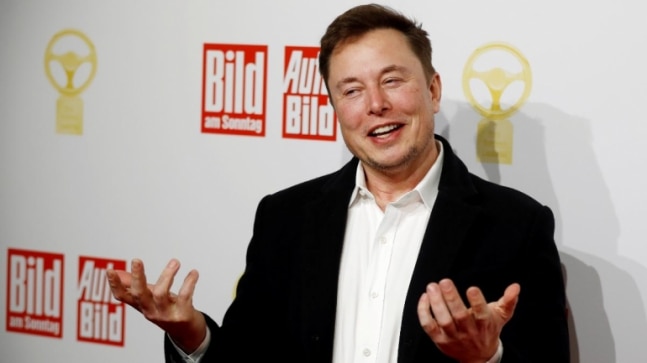 Elon Musk’s flirtation with Twitter may have an endgame after all. Twitter is reportedly talking to Musk to sell itself — after a series of dramatic events right after the Tesla and SpaceX chief offered a takeover bid of $43 billion to the microblogging website. Twitter began reconsidering Musk’s offer on Sunday and it seems Musk managed to convince the board of his proposal. A deal could be struck between the two as early as this week.

Update: As per the latest report from Bloomberg, a source close to the matter revealed Twitter is in the “final stretch of negotiations about a sale to Elon Musk”. “The social media company is working to hammer out terms of a transaction and could reach an agreement as soon as Monday if negotiations go smoothly, according to the person,” the report further noted.

According to The Wall Street Journal, the two sides — Musk and Twitter — have been making progress so as to remove the impasse that emerged right after Musk’s bid. But while Twitter may be readying itself for the takeover, the report added there is no guarantee “they will reach a deal.” That could be because Musk’s offer may now not be enticing enough for the board. Twitter may rebuff the offer, which Musk made on April 14, after the initial bid for $43 billion was blocked by the company’s board through the so-called poison pill strategy.

Musk revealed that he was the owner of 9.2 per cent of Twitter, making him the top shareholder. The board did not welcome the news because Musk, unlike other shareholders, wanted to bring changes. He was offered a seat on the board by Twitter CEO Parag Agrawal. But, as expected, Musk did not join the board. Musk’s move made sense because he has a grand plan for Twitter – something he would not have been able to execute being a board member. He attempted a takeover. Musk offered Twitter $43 billion to sell itself.

When Musk made his offer to buy Twitter for $43 billion – at $54.20 per share – on April 14, he did not reveal the plan on how he was planning to do that. Twitter’s board, therefore, was not convinced enough. The company board even tried several tactics right after they were informed that Musk was the biggest shareholder in Twitter. One of the shareholders upped its stake in the company to outmatch Musk initially. Then, the company swallowed the poison pill – a strategy in business in which the freshly issued stakes of a company are sold at discounted prices to a majority of shareholders to increase the company’s worth to block a hostile takeover. But after Tesla’s CEO disclosed that he has about $46.5 billion in financing – partly from banks such as Morgan Stanley and partly from his own pocket – Twitter changed its stance and began to consider Musk’s offer again. This time, however, it offered negotiations.

Musk initially said that the $43 billion bid was his “best and final” offer and that he would not budge on price. The discussions held between him and Twitter Chairman Bret Taylor over the weekend included what Musk would pay for the Twitter takeover. The details of these discussions are not clear, but both sides seemed to have agreed on mutual terms. A deal, however, is awaited.

Initially reluctant, Twitter’s change in posture about Musk’s offer could also be a result of the meetings the Tesla CEO held with several shareholders. According to the report, Musk privately met people to extol the advantages of his proposal and reiterate that the board only has to say “yes” or “no”. Musk also ensured shareholders that he would solve the issue of free speech, which he thinks is lost on Twitter. The Tesla CEO reportedly made video calls to shareholders and pitched his idea hoping that they could convince the board in favour of his proposal.

If these discussions reach a deal, Elon Musk would most likely become the private owner of Twitter.