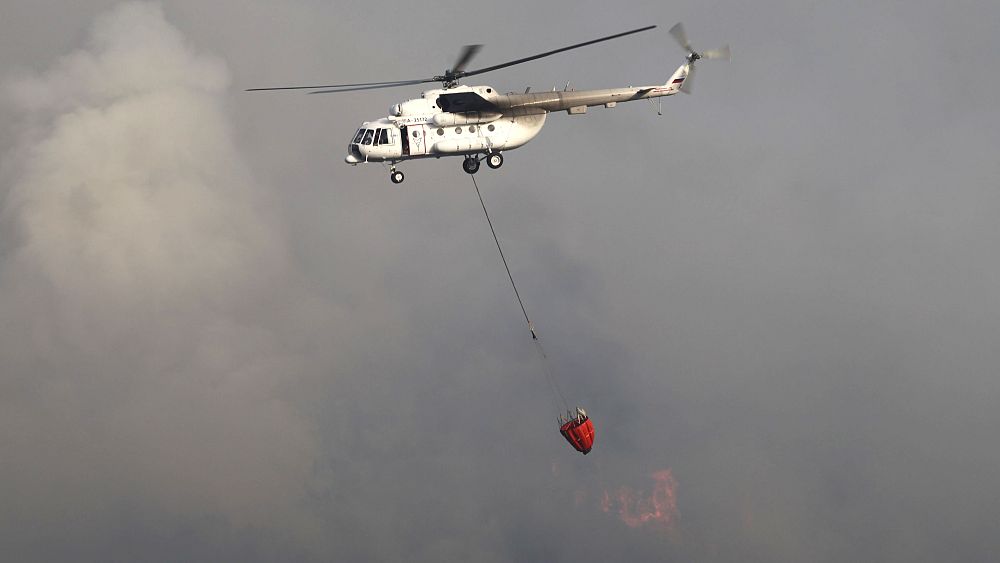 Two crew members have died after a firefighting helicopter has crashed in Turkey while on its way to tackling a wildfire.

Turkey’s Interior Ministry said the aircraft went down on Wednesday in a field near Marmaris, a resort town on the Aegean Sea.

Officials say the helicopter had been travelling from the northern province of Kastamonu to tackle a forest fire around the Yalancibogaz area of Marmaris. Five others on board were injured in the incident.

The governor of the Denizli region said a crash investigation has been opened to establish the cause of the crash.

A total of fifteen helicopters and eight planes have been mobilised to tackle the wildfire near Marmaris, alongside 500 forestry personnel, 40 water trucks and police water cannons.

Last summer, blazes fed by strong winds and scorching temperatures tore through forests in Turkey’s Mediterranean and Aegean regions, including in Marmaris, killing at least eight people and countless animals.

The Turkish government at the time came under criticism for its inadequate response and preparedness to fight large-scale wildfires, including a lack of modern firefighting planes.