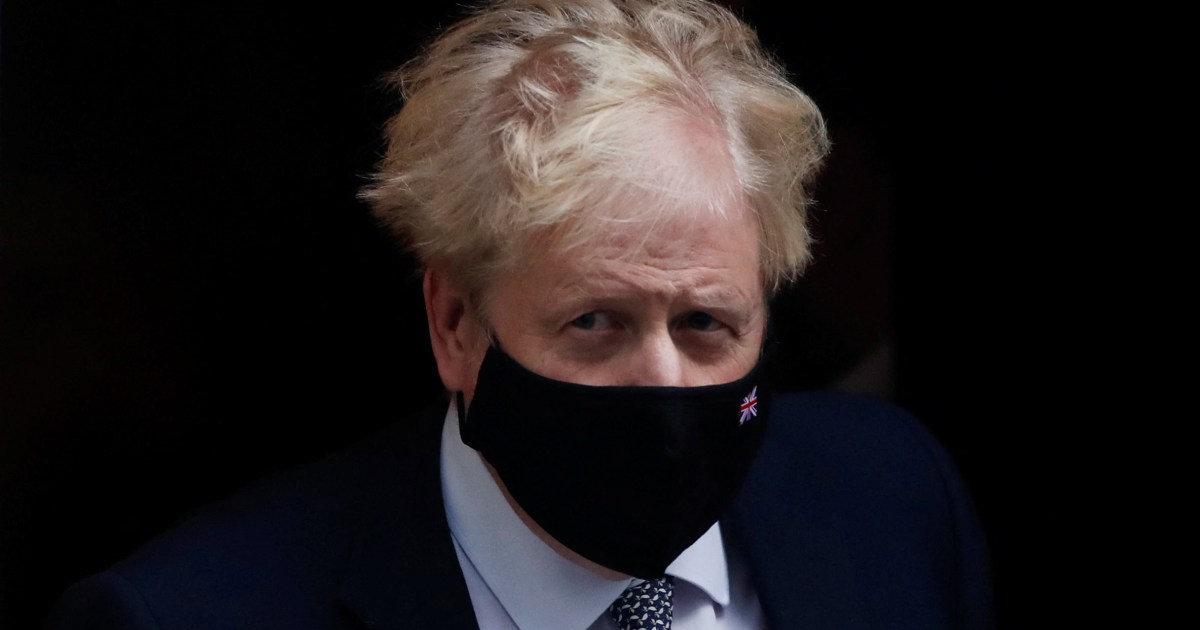 British Prime Minister Boris Johnson has admitted to attending a garden party at his Downing Street residence during a coronavirus lockdown in May 2020, in breach of his government’s own pandemic rules.

Addressing the United Kingdom’s Parliament on Wednesday, Johnson said he wanted to “apologise” to the British people for his actions but deflected opposition demands for his resignation.

“I know the rage they feel with me over the government I lead when they think that in Downing Street itself the rules are not being properly followed by the people who make the rules,” he told the House of Commons.

Johnson, who won a landslide 2019 election victory on a promise to secure Britain’s exit from the European Union, said he regretted his actions and had thought the May 20 gathering was a work event.

He added he had entered the Downing Street garden to thank his members of staff before returning to his office 25 minutes later. He said that in hindsight, he should have demanded the event be stopped.

At the time of the party, schools were shut to most pupils, pubs and restaurants were closed, and there were strict controls on social mixing under the UK’s lockdown rules.

Two people from different households were allowed to meet outdoors but only if they maintained a distance of 2 metres (6.5 feet).

Johnson ‘on the ropes’

Al Jazeera’s Nadim Baba, reporting from outside Parliament in London, said Johnson was “on the ropes like never before” having admitted to violating those restrictions.

“People are saying that the prime minister’s actions and the way that he’s handled these accusations has undermined the public’s trust in his ability to guide them through and out of the pandemic – of setting the rules and being seen to follow them,” he said.

“Boris Johnson knows that his standing among the British public is at an all-time low.”

Johnson, whose premiership has been tarnished by several controversies including a slew of alleged social events held in government departments during lockdown restrictions, has seen his popularity plummet in recent months.

His ruling Conservative Party have lost their lead in public opinion polls over the main opposition Labour Party and in December suffered a stinging election defeat in a historic stronghold.

Meanwhile, the UK’s official death toll from the pandemic continues to rise as infections surge, soaring above the 150,000 mark on Saturday to make it the second-highest in Europe, behind only Russia’s.