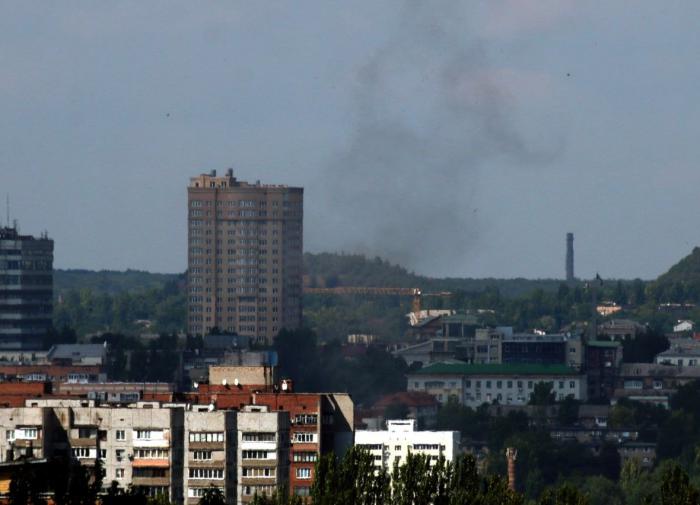 The Armed Forces of Ukraine (AFU) shelled the center of Donetsk. Rockets struck the Donetsk drama theater, where a ceremony was held to bid farewell to the deceased colonel of the army of the Donetsk People’s Republic (DPR) Olga Kachura, RIA Novosti reports.

The air defense system was activated during the attack, but the system missed at least two of the Ukrainian rockets. According to Donetsk Mayor Aleksey Kulemzin, Ukraine fired more than ten shells at the city.

A woman and her child were killed in the center of Donetsk during the shelling, RIA Novosti reports.

The AFU also struck Donbass Palace Hotel, where a woman was killed and two men were wounded, one of whom was a Russian television journalist.

According to most recent reports, five people were killed in the attack and six others were injured, including ER doctors.

Two residential buildings in the center of Donetsk were also damaged in the shelling.

Olga Kachura, a Colonel of the People’s Militia of the Donetsk People’s Republic, the commander of the rocket artillery division, was killed on August 3. The servicewoman was mortally wounded during the shelling of Gorlovka, the mayor of the city, Ivan Prikhodko, said.

According to Kommersant, until 2012, Kachura served for 16 years in the Ministry of Internal Affairs of Ukraine. In 2014, she took the side of the DPR militia and served in the 3rd separate motorized rifle brigade Berkut of the 1st army corps of the DPRю She commanded the BM-21 Grad MLRS division in Gorlovka. Kachura also took part in the battles in Ilovaisk, Debaltsevo, Uglegorsk, Marinovka, Avdeevka.

In December 2021, a court in Ukraine sentenced her in absentia to 12 years in prison for “participation in a terrorist group or terrorist organization.”

Kachura was survived by two children — a daughter and an adopted son.

The mayor of Donetsk Kulemzin confirmed the information that the Armed Forces of Ukraine also shelled the territory of the penal colony in the Kirovsky district of the city. As a result of the shelling, an employee of the institution died, two prisoners were injured.

The Ministry of Justice of the DPR stated that no Ukrainian prisoners of war were held in the shelled colony.