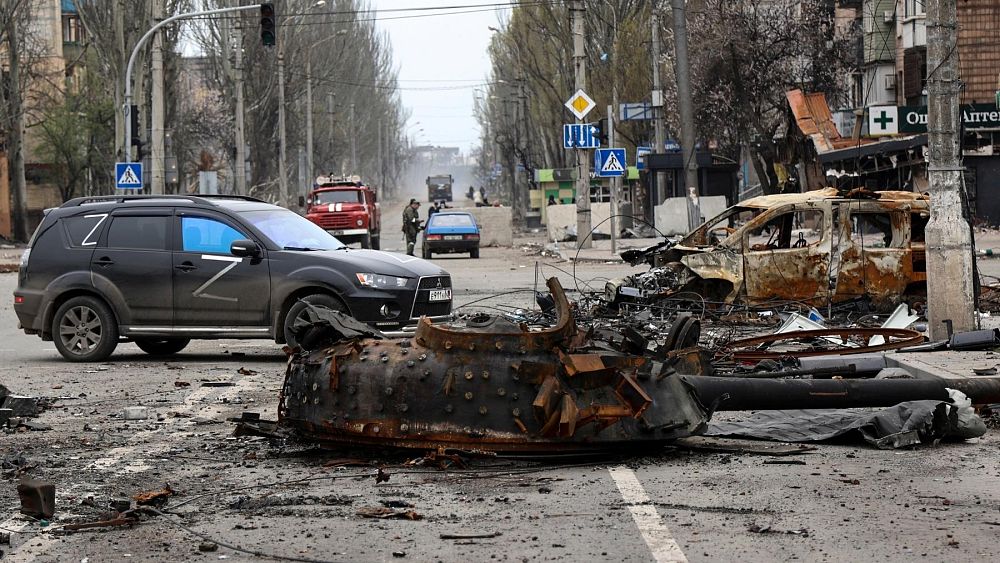 Ukraine’s foreign minister is urging the United Nations Secretary General to press Russia on Tuesday for an evacuation of the besieged port of Mariupol, calling it something the world body is capable of achieving.

Foreign Minister Dmytro Kuleba said in an interview on Monday he was concerned that by visiting Moscow before traveling to Kyiv, UN chief Antonio Guterres could be vulnerable to falling into a Kremlin “trap” in the war.

“Many other foreign officials were trapped visiting Moscow and played around just to show the supremacy of Russian diplomacy and how great they are and how they dictate the world how to behave,” he said.

Guterres “should focus primarily on one issue: evacuation of Mariupol,” Kuleba said, referring to the the seaside city where an estimated 100,000 people are trapped while a contingent of Ukrainian fighters hold out against Russian forces in a steel mill where hundreds of civilians also are taking shelter.

“This is really something that the UN is capable to do. And if he demonstrates political will, character and integrity, I hope that will allow us to make one step forward,” he said.

Kuleba said he appreciated “everything that has been done” by foreign countries to assist Ukraine.

“We understand that, for some, what has been done is already a revolution, but this is not enough as long as the war continues.”

In his Monday interview, Kuleba emphasized the need for the West to speedily provide weapons needed by Ukraine to win the war and stop Russian President Vladimir Putin from going “deeper into Europe.”

“You know, every conversation about weapons starts with us saying ‘we need this.’ And the initial answer is ‘we don’t think you need exactly this. … Let us reflect on it.’ It takes some time for partners to reflect, but the problem is that the war continues here,” he said.

“In the end, we do get what we need, and then we start getting it in sufficient quantities. But time has been lost. This is the main issue that needs to be addressed, and we were very open with our in particular American counterparts and also with other countries on that. Start doing things fast.”

Although Ukraine and Russia have held talks on ending the war since its early days, Kuleba said he thought anything lower than discussions between Zelenskyy and Putin would bring little resolution.

He added that he didn’t think Russia is ready to find “solutions at the negotiating table.”

“But if I see that they change this attitude and they are ready to seriously look for mutually acceptable solutions, I will overcome my disgust and sit down with him and talk,” Kuleba said.

“The sooner President Putin agrees to meet with President Zelenskyy, the more likely it will be to bring the moment of the end of the war closer,” he added.

“I don’t give a 100% guarantee, but I have confidence in my president. I understand that he’s prepared for that conversation and he knows how to negotiate. The longer President Putin escapes this meeting, the (more) likely it is that he is focused entirely on the war scenario,” Kuleba said.

He reiterated Zelenskyy’s position that an escalation in Mariupol would ruin chances of negotiating with Russia.

“We sent a very clear message: If you want to kill those people or you want to take them in as prisoners and humiliate, that will be it. That will be the red line,” he said. “But it’s not enough to keep things as they are. It’s really important to evacuate all of them, to save them.”