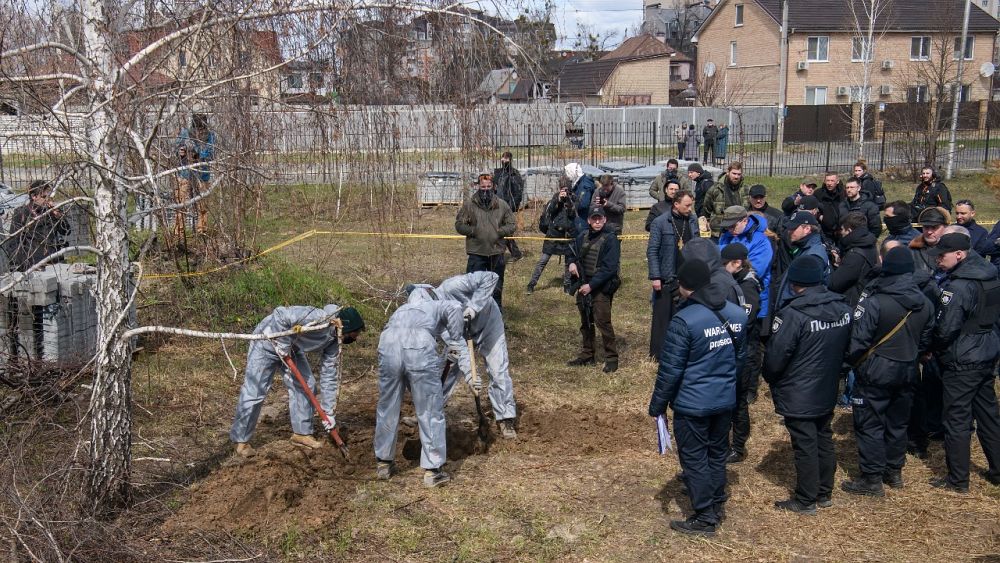 Ukraine’s Prosecutor General has told Euronews that investigators are determined to hold to account those at the highest levels of the Russian regime for alleged war crimes.

Iryna Venediktova said her team has been gathering evidence on the ground, looking into several thousand individual cases that have come to light, especially in several areas outside Kyiv following the Russian troops’ withdrawal.

“We see facts of torture, when we open the mass graves, with civilians. They were shot, their arms tied in the back of their bodies,” she told Euronews’ Valérie Gauriat. “We have facts of sexual crimes against civilians, not only against women and even against men, children and old women.”

There is evidence that thousands of people have been forcibly deported to Russia, Venediktova went on.

The main intention is to prosecute those responsible for war crimes and crimes against humanity, she said. But some in the Russian Federation calling for genocide against the Ukrainian people could also be prosecuted in abstentia.

Venediktova said the support of the European Justice and the International Criminal Court are crucial in helping bring war criminals to court. This could happen internationally —the most important is to have such decisions in the ICC, she says — but after that, “there will be a verdict in a Ukrainian court”.

“That’s why I think now it’s time to punish them.”

“Even if we take this small example about that brigade that was in Bucha. They tortured people, they killed civilians,” Venediktova said.

“I think it’s great evidence for all of us.”

Watch Valérie Gauriat’s full interview with Iryna Venediktova in the video player above.