Ukrainian President Volodymyr Zelenskyy met with the US secretaries of state and defence on Sunday night in what was the highest-level visit to the country’s capital by an American delegation since the start of the war.

Zelenskyy’s last face-to-face meeting with a top US official was on 19 February in Munich with Vice President Kamala Harris, five days before Russia’s invasion.

The meeting with Secretary of State Antony Blinken and Defence Secretary Lloyd Austin came as Ukraine pressed the West for more powerful weapons and as Russia continued its campaign in the eastern Donbas region, where Moscow’s forces are seeking to dislodge the last Ukrainian troops in the battered port of Mariupol.

Blinken and Austin told Zelenskyy and his advisers that the United States would provide more than $300 million in foreign military financing and had approved a $165 million sale of ammunition.

They also said that President Joe Biden would soon announce his nominee for ambassador to Ukraine, and that American diplomats who left Ukraine before the war would start returning to the country this week. 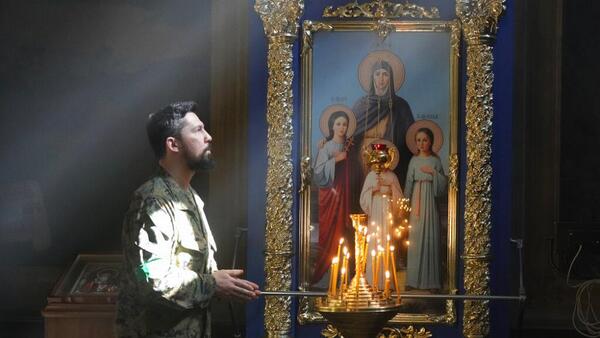