Ukraine war: The key developments you need to know today 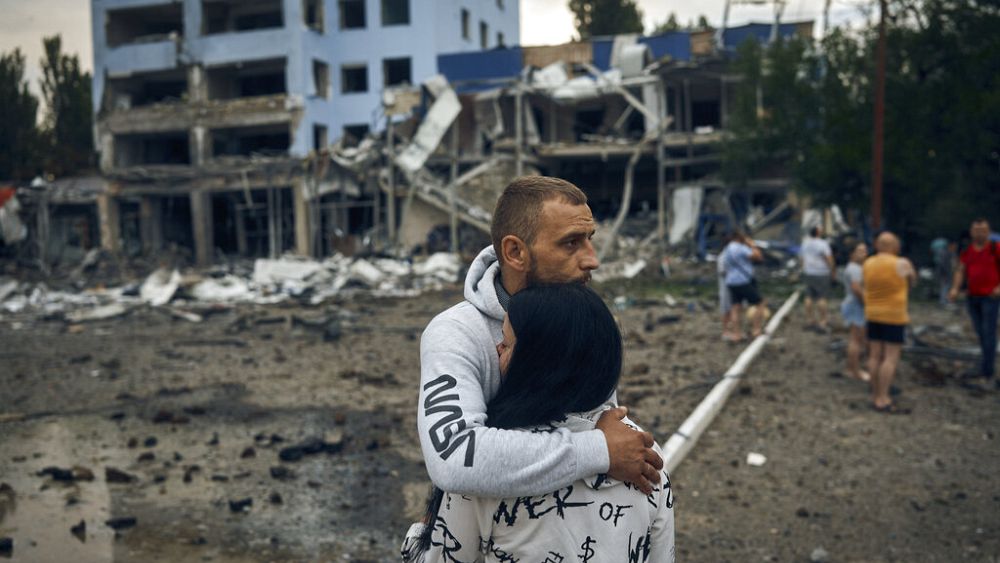 Ukraine said Wednesday that Russia was creating a military strike force aimed at President Volodymyr Zelenskyy’s hometown of Kryvyi Rih, warning this may be part of a broader new offensive operation in the country’s south.

“[Russia] has begun creating a strike group in the Kryvyi Rih direction. It’s also quite likely that the enemy is preparing a hostile counter-offensive with the subsequent plan of getting to the administrative boundary of Kherson region,” Ukraine’s southern military command said.

Russia already holds swathes of southern Ukraine, which it captured during the early days of the invasion. However, Kyiv says it is mounting a counter-offensive and has already recaptured 53 villages in the occupied Kherson region.

In its regular update on the war in the south, Ukraine’s southern military command described the situation as tense and said Russian attacks were continuing along the frontier.

The steel-producing city of Kryvyi Rih, where Zelenskyy was raised, is around 50 km (30 miles) from this frontline.

Ukraine has been trying to ratchet up pressure on Russia’s positions in the strategically important Black Sea region of Kherson and has used Western-supplied long-range weapons to conduct strikes on Russian supply lines and ammunition dumps.

Russia has not claimed any major territorial gains in its invasion since it claimed to have captured Ukraine’s eastern Luhansk region around a month ago.

The first shipment of Ukrainian grain was approved by inspectors in Istanbul on Wednesday as part of a landmark deal between Russia and Ukraine.

However, Ukraine said 17 other vessels — which were “loaded and waiting [for] permission to leave” — had not received any word yet on whether they could depart.

An inspection team spent three hours checking the cargo and crew of the Sierra Leone-flagged ship Razoni, which left Ukraine’s southern port of Odesa on Monday. It was carrying some 26,000 tonnes of Ukrainian grain.

The Joint Coordination Center team included officials from Ukraine, Russia, Turkey and the United Nations, who signed a deal to allow Ukraine’s desperately needed agricultural products to be shipped along the Black Sea.

Part of this agreement was that the cargo could be inspected to check that ships were transporting foodstuffs, rather than weaponry.

No other ships have left Ukraine in the past 48 hours and no explanations have been given for that delay, despite the US’s top diplomat calling the journey a “significant step”.

An estimated 20 million tonnes of grain — most of it said to be destined for livestock — has been languishing in Ukrainian silos since the start of the 6-month-old war.

“They will depart from the ports that are part of the grain initiative in accordance with the agreed schedule, and we hope that everything will work out and the Russian Federation will not take any steps that would destroy these agreements,” he added.

Ukraine is a major supplier of grain for the world. After war broke out, Russia blockaded Ukrainian ships in the south, which helped fuel huge food price rises in recent months, pushing many in the developing world to the brink of famine.

Russia has claimed sanctions are to blame for the food crisis.

In an interview with SCMP, the Ukrainian leader urged China to use its political and economic influence over Russia to bring an end to the fighting.

“It’s [China] a very powerful state. It’s a powerful economy … So [it] can politically, and economically influence Russia. And China is [ also a] permanent member of the UN Security Council,” Zelenskyy is quoted by SCMP as saying.

SCMP says Ukraine has consistently sought close ties with Beijing in the years leading up to the conflict.

The 40-minute interview over Zoom was Zelenksyy’s first with an Asian media outlet since Russia’s invasion of his country on 24 February.

“I would like to talk directly. I had one conversation with [President] Xi Jinping that was a year ago,” Zelenskyy was reported as saying. “Since the beginning of the large-scale aggression on February 24, we have asked officially for a conversation, but we [haven’t had] any conversation with China even though I believe that would be helpful.”

Though he hopes China will take a different approach to the conflict – it has so far resisted condemning its key economic partner Russia over the invasion – Zelensky said he had always wanted “the relationship between Ukraine and China to be reinforced and to be developed every year.”

US Senate votes to admit Sweden and Finland to NATO

US Senators delivered overwhelming bipartisan approval to NATO membership for Finland and Sweden Wednesday, calling expansion of the Western defensive bloc a “slam-dunk” for American national security and a day of reckoning for Russian President Vladimir Putin over his invasion of Ukraine.

Wednesday’s 95-1 vote for the candidacy of two Western European nations that, until Russia’s war against Ukraine, had avoided formally joining NATO.

Senate Majority Leader Chuck Schumer invited ambassadors of the two nations to the chamber gallery to witness the vote.

President Joe Biden, who has been the principal player rallying global economic and material support for Ukraine, has sought quick entry for the two northern European nations.

Approval from all member nations — currently, 30 — is required. The candidacies of the two countries have won ratification from more than half of the NATO member nations in the roughly three months since the two applied.

It’s a purposely rapid pace meant to send a message to Russia over its six-month-old war against Ukraine’s West-looking government.

Lawmakers in Italy and France both voted to ratify Finnish and Sweden membership of NATO on Wednesday.

US says Russia aims to fabricate evidence in prison deaths

Russia is trying to fabricate evidence about last week’s deadly strike on a Ukrainian prison in a separatist region of eastern Ukraine, according to US officials.

US Intelligence has claimed Russia wants to plant false evidence to make it appear that Ukrainian forces were responsible for the 29 July strike on Olenivka Prison, which left 53 dead and wounded dozens more.

Many of those killed in the facility were captured fighters of the Azov battalion, which defended the Mariupol steel works from relentless Russian assault for weeks.

The Ukrainian military denied making any rocket or artillery strikes in Olenivka, claiming it never targets prisoners of war.

In a statement on Wednesday, the intelligence arm of the Ukrainian defence ministry claimed to have evidence that local Kremlin-backed separatists colluded with the Russian and mercenary group Wagner to mine the barrack before “using a flammable substance, which led to the rapid spread of fire in the room.”

The official, who spoke on the condition of anonymity, said the classified intelligence — which was recently downgraded — shows that Russian officials might even plant ammunition from medium-ranged High Mobility Artillery Rocket Systems, or HIMARS, as evidence US weapons were used in the attack.

Russia is expected to take the action as it anticipates independent investigators and journalists eventually getting access to Olenivka, the official added.