Ukraine war: Zelenskyy calls for a special tribunal to punish Russia for its invasion 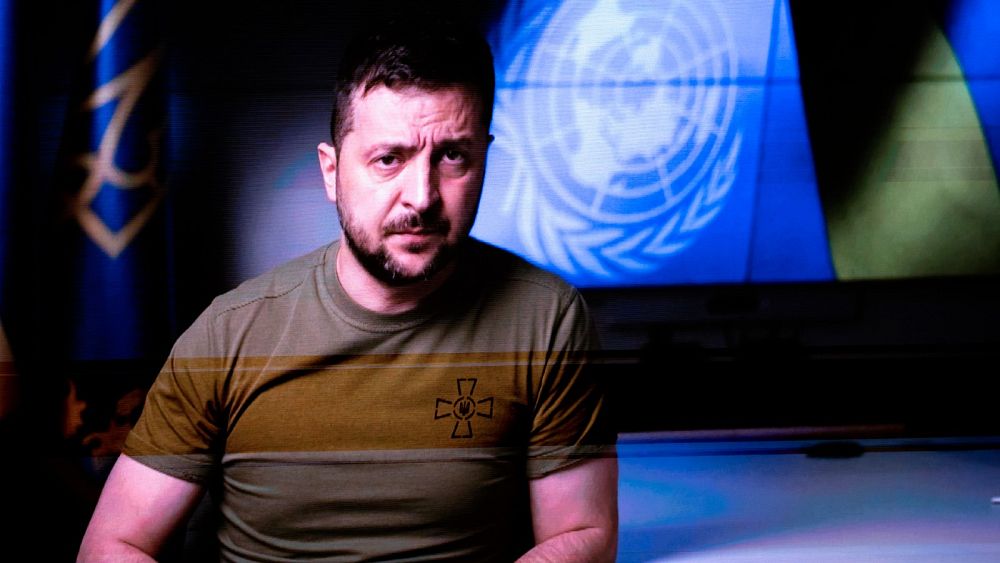 A special tribunal should be created to punish Russia for its aggression in Ukraine, the country’s president Volodymyr Zelenskyy told the UN General Assembly.

Zelenskyy, speaking in a pre-recorded video, also called for Moscow to have its power of veto removed at the UN Security Council.

“A special tribunal should be created to punish Russia for the crime of aggression against our state. This will become a signal to all ‘would-be’ aggressors, that they must value peace or be brought to responsibility by the world.”

His speech comes after his Russian counterpart Vladimir Putin announced a “partial mobilisation” of reservists to serve in Ukraine.

On Friday, “referendums” will begin in Russian-occupied parts of Ukraine — Luhansk, Donetsk, Zaporizhzhia and Kherson — on joining Russia.

Zelenskyy said both moves showed that Moscow was not interested in negotiating an end to the conflict.

“The military mobilization in Russia is true,” he added. “Sham referendums are also true. Russia wants war. It’s true. But Russia will not be able to stop the course of history. Mankind and international law are stronger than one terrorist state. Russia will be forced to end this war. The war it has started.”

Back in Moscow, Putin defended Russia’s war in Ukraine and the drafting of reservists.

“Being a patriot is the essence of the nature and character of the Russian people,” he said at a ceremony commemorating the anniversary of Russian statehood

“Now, in the course of a special military operation, our heroes, soldiers, officers and volunteers are demonstrating precisely the highest human qualities, fighting bravely, shoulder to shoulder, like brothers, for the sake of saving the people of the Donbas, for the sake of their native country, which will always be only free and independent.”