The people’s militia of the Donetsk People’s Republic (PM DPR), with the support of the Russian military, continues to liberate the territory of the Azovstal plant in Mariupol from the Military Formations of Ukraine, reports Alexander Sladkov from VGTRK.

Marines and the National Guard (military unit 3057, recently included in the Azov National Regiment*) are leaving their strongholds, leaving weapons and ammunition in the fortified areas.

“The enemy abandoned his stronghold, left the weapons of both the marines and the National Guard of Ukraine. They abandoned the point at Azovstal, went further into the workshops. They were visually observed as they fled from the buildings,” says the PM DPR fighter.

Russian soldiers reported that the militants did not experience problems with food, water, ammunition, but they still run away.

“Who was taken prisoner were sober, adequate,” summed up the fighter.

It is reported that many of the AFU surrender, fearing reprisals from the aggressive “Azov”*.

* Ukrainian nationalist battalion, whose activities are recognized as extremist and terrorist and banned in the Russian Federation. 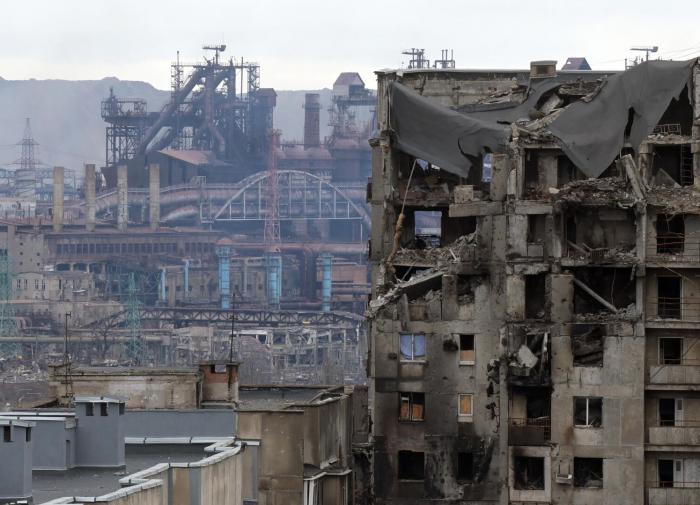