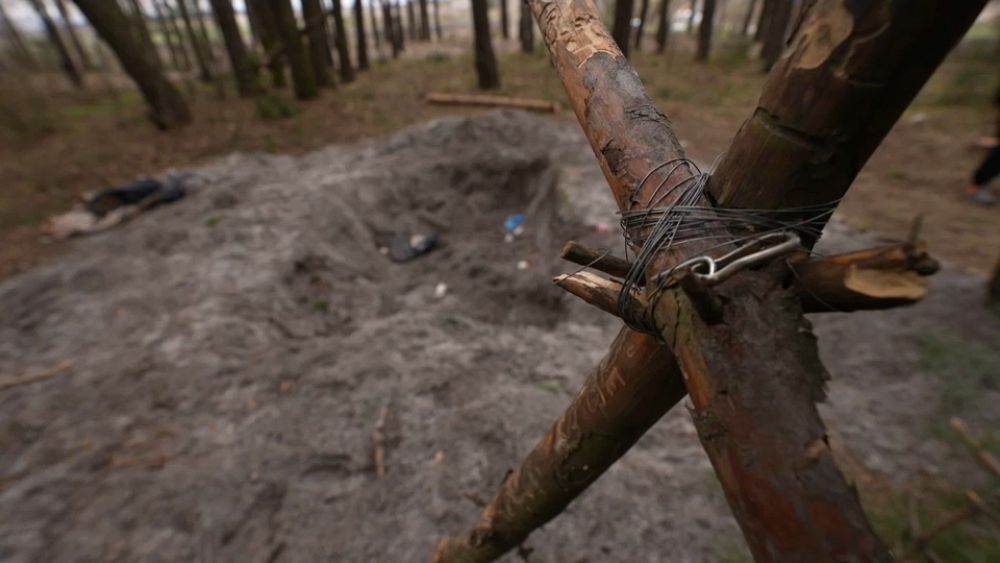 Although public gatherings were not recommended for the Orthodox easter, many in Ukraine felt it was all the more important to attend church service this Sunday, the 60th day of the

In Irpin on the outskirts of the capital, amid the ruins of the formerly occupied areas, celebrations were also organized.

We were invited to share the meal that residents of a building in the town of Irpin had prepared in the basement where they still live.

There is no water or electricity. This area was occupied for weeks by Russian troops, who rampaged the buildings

Several people were killed at gunpoint. We are shown a mass grave where six people are buried.

With his good humour, Oleksander Tomilko is everyone’s favourite. He was tortured by Russian soldiers and barely escaped death.

“I feel the warmth of friends,” says Sasha. “We didn’t know each other before the war. And now we’re together, we help and support each other in any way we can. We’re like one family.”

“Easter is a symbol of resurrection. By celebrating, we really realise that we were almost dead and that now we have come back to life,” says Natalia Tarapatova, a resident of Irpin.

“For me, Easter means the victory of good over evil,” says Inna Demydenko. “And this year it’s even more symbolic And we hope that goodness wins, that Ukraine wins, in this war, and that goodness shall prevail.”