UN Secretary General Antonio Guterres has said war in the 21st century is an "absurdity" as he visited sites on the outskirts of Kyiv that had been occupied by Russian troops. Mr Guterres spoke to reporters in the town of Borodyanka, north west of the capital city, calling the war "unacceptable" and "evil". He is due to meet Ukraine's President Volodymyr Zelensky for talks on the situation. Earlier this week he travelled to Moscow to meet with Russian President Vladimir Putin. Please subscribe HERE http://bit.ly/1rbfUog #Ukraine #Russia #BBCNews 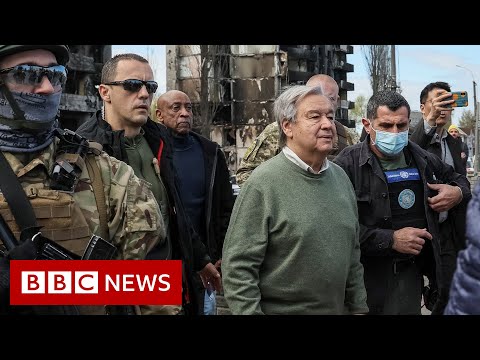