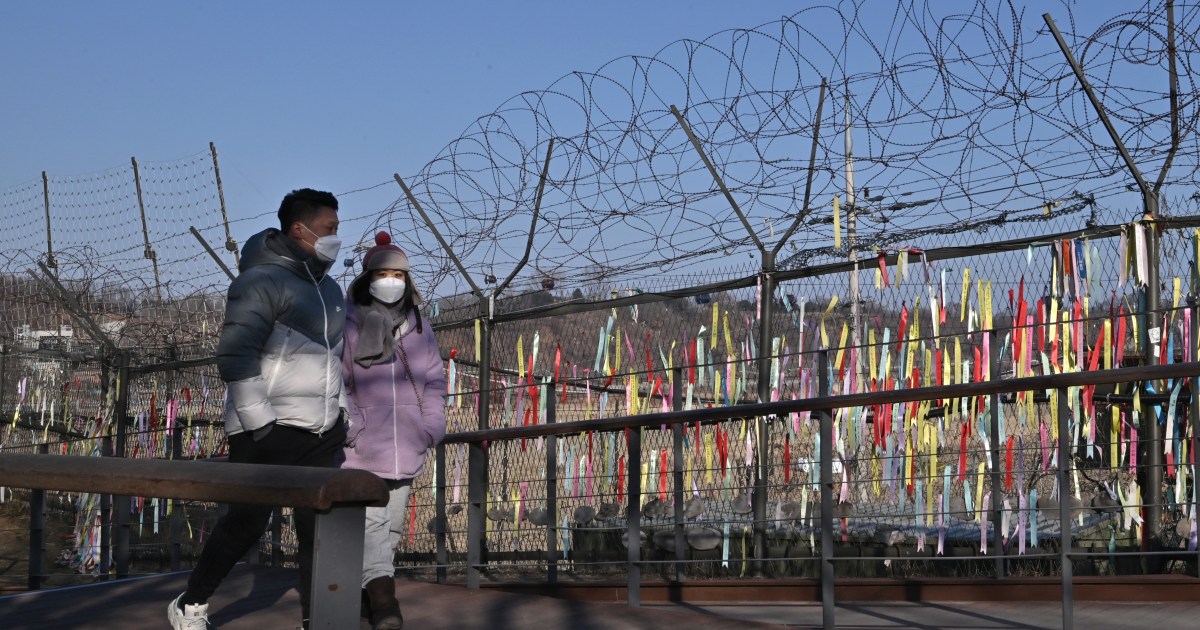 South Korea says it sent a message to North Korea to ensure the safety of the person, but is yet to receive a response.

South Korea’s Joint Chiefs of Staff (JCS) said its troops spotted the person – with surveillance equipment – at the eastern portion of the border at 9:20pm (12:20 GMT) on Saturday.

It sent soldiers to capture him or her, but they failed to find the person and surveillance detected the person crossing over the border, an illegal act in South Korea.

“We’ve confirmed that the person crossed the Military Demarcation Line border about 10:40pm (13:40 GMT) and defected to the North,” the JCS said.

South Korea sent a message to North Korea on Sunday morning to ensure the safety of the person, but has received no response, the JCS added.

The crossing comes at a time when North Korea is under strict anti-coronavirus measures in place since it shut its borders in early 2020. To date, it has not confirmed any infections.

A public and political uproar emerged after North Korean troops shot dead a South Korean fisheries official who went missing at sea in September 2020, for which Pyongyang blamed anti-virus rules and apologised.

Two months earlier, North Korean leader Kim Jong Un declared a national emergency and sealed off a border town after a North Korean defector who he said had COVID-19 symptoms crossed the border back into the North from South Korea.

The fate of that defector is not known.

The two Koreas are split along the world’s most heavily armed border, the Demilitarized Zone. An estimated 2 million mines are peppered inside and near the 248-kilometre (155-mile) -long, 4-kilometre (2.5-mile) -wide DMZ, which is also guarded by barbed wire fences, tank traps and combat troops on both sides.

Defecting via the DMZ is subsequently rare.

At the height of their Cold War rivalry, both Koreas sent agents and spies to each other’s territory through the DMZ, but no such incidents have been reported in recent years.

About 34,000 North Koreans have defected to South Korea since the late 1990s to avoid poverty or political oppression, but a vast majority of them have come via China and Southeast Asian countries.

Prolonged lockdowns and restrictions on inter-provincial movement have pushed the number of North Korean defectors arriving in the South to an all-time low.

Some South Koreans have tried to defect to impoverished, authoritarian North Korea, but it is rare.