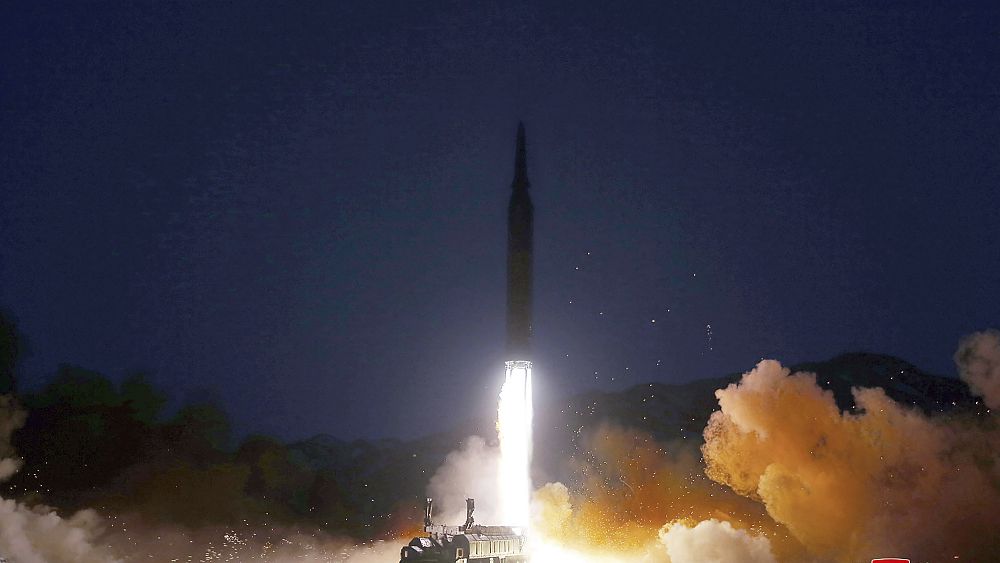 The Treasury Department said it was imposing penalties on the five officials over their roles in obtaining equipment and technology for the North’s missile programs. In addition, the State Department ordered sanctions against another North Korean, a Russian man and a Russian company for their broader support of North Korea’s weapons of mass destruction activities.

Linda Thomas-Greenfield, the U.S. ambassador to the United Nations, tweeted Wednesday night that following designations by Treasury and State the U.S. is also proposing U.N. sanctions in response to North Korea’s six ballistic missile launches since September, “each of which were in violation of UN Security Council resolutions.”

A U.S. diplomat said the U.S. is continuing to coordinate with its council partners on the proposed new sanctions.

One of the five North Koreans targeted by Treasury is based in Russia, while the other four are based in China. All are accused of providing money, goods or services to North Korea’s Second Academy of Natural Sciences, which Treasury says is heavily involved in the country’s military defense programs.

“The DPRK’s latest missile launches are further evidence that it continues to advance prohibited programs despite the international community’s calls for diplomacy and denuclearization,” said Treasury’s chief of terrorism and financial intelligence, Brian Nelson. He referred to the North by the acronym of its official name: the Democratic People’s Republic of Korea.

The sanctions freeze any assets that the targets have in U.S. jurisdictions, bar Americans from doing business with them and subject foreign companies and individuals to potential penalties for transactions with them.

Shortly before the announcement, North Korea’s state news agency reported that the latest missile launch involved a hypersonic glide vehicle, which after its release from the rocket booster demonstrated “glide jump flight” and “corkscrew maneuvering” before hitting a sea target 1,000 kilometers (621 miles) away.

Photos released by the agency showed a missile mounted with a pointed cone-shaped payload soaring into the sky while leaving a trail of orange flames, with Kim watching from a small cabin with top officials, including his sister Kim Yo Jong.

The launch was North Korea’s second test of its purported hypersonic missile in a week, a type of weaponry it first tested in September, as Kim Jong Un continues a defiant push to expand his nuclear weapons capabilities in the face of international sanctions, pandemic-related difficulties and deadlocked diplomacy with the United States.

The U.N. Security Council initially imposed sanctions on North Korea after its first nuclear test in 2006 and made them tougher in response to further nuclear tests and an increasingly sophisticated ballistic missile program. In 2018, U.S. Ambassador to the United Nations Nikki Haley said the sanctions had cut off all North Korean exports and 90% of its trade and disbanded the pool of workers which North Korea sent abroad to earn hard currency — but Pyongyang has managed to evade some measures.

China and Russia circulated a draft resolution in November urging the Security Council to end a host of sanctions against North Korea including a ban on exports of seafood and textiles, a cap on imports of refined petroleum products and a prohibition on its citizens working overseas and sending home their earnings. It stressed the economic difficulties in North Korea and said these and other sanctions should be lifted “with the intent of enhancing the livelihood of the civilian population.”

China and Russia are both veto-wielding members of the Security Council and whether they will support new sanctions on North Korea remains to be seen.