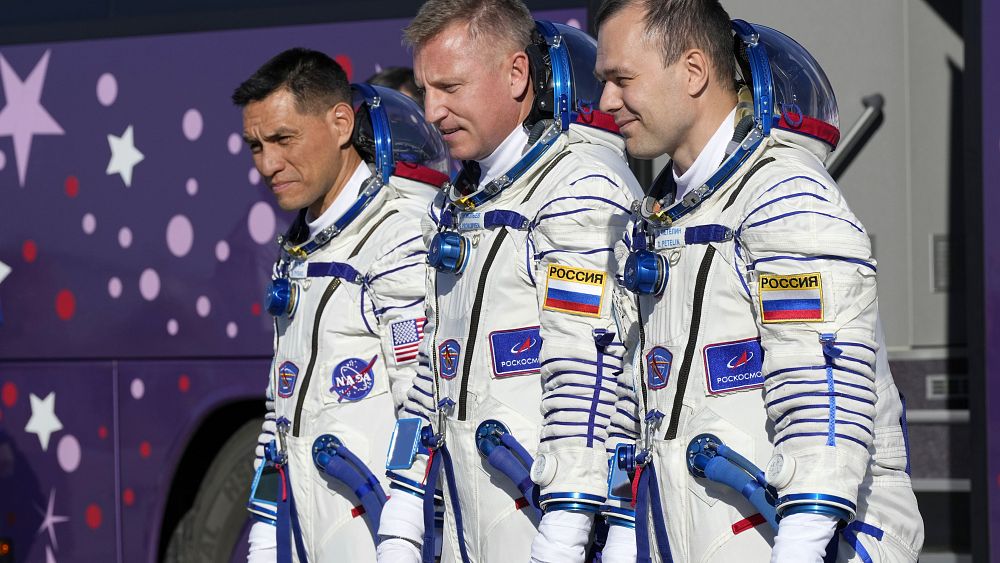 It’s a rare image of cooperation in a time of extreme tension between Russia and the US: an American astronaut and two Russian cosmonauts blasted off to the International Space Station on a Russian-operated flight on Wednesday.

The men are expected to arrive later on Wednesday for the six month mission which will include five spacewalks and numerous scientific experiments.

American Frank Rubio and Russia’s Sergey Prokopyev and Dmitry Petelin took off from the Russia-leased Baikonur cosmodrome in Kazakhstan.

Salvadoran-born Frank Rubio is the twelfth Hispanic to fly to the orbital platform.

His space trip is also the first by an American astronaut to the ISS since the Ukraine conflict began on 24 February.

Russian cosmonauts and Western astronauts have tried to steer clear of the conflict that is raging in Ukraine, especially when in orbit together.

But Moscow recently said it would withdraw from the space station after 2024 in light of the conflict, although no exact date has been given, and some analysts doubt Russian President Vladimir Putin will follow through.

At present, the ISS depends on a Russian propulsion system to maintain its orbit, about 400 kilometers above sea level, with the US segment responsible for electricity and life support systems.

The ISS was launched in 1998 at a time of hope for US-Russia cooperation following their Space Race during the Cold War.