US: Far-right Oath Keepers founder pleads not guilty to sedition 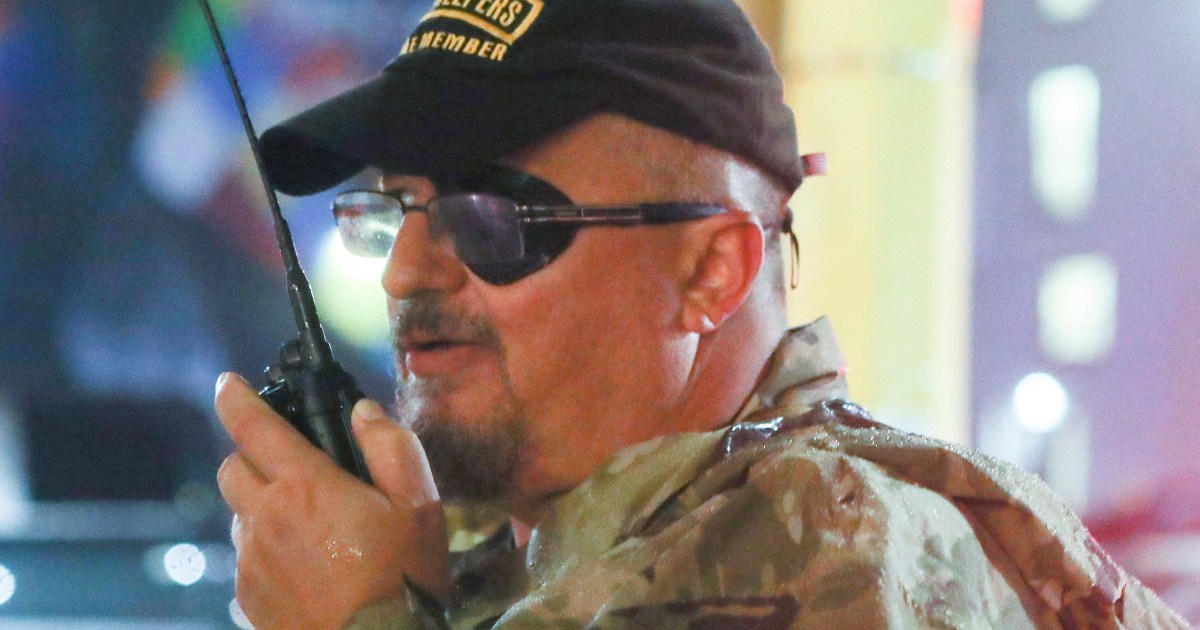 Stewart Rhodes is charged with seditious conspiracy in relation to the US Capitol attack on January 6 last year.

The founder of the far-right Oath Keepers militia group has pleaded not guilty to seditious conspiracy charges for his alleged role in the deadly attack on the United States Capitol last year.

Wearing handcuffs and leg irons, Stewart Rhodes made a brief initial appearance in federal court in Plano, Texas, on Friday in the custody of US Marshals.

Rhodes, 56, is the most high-profile defendant of more than 725 charged so far for allegedly taking part in the January 6, 2021 attack on the Capitol building in Washington, DC.

A mob of Donald Trump’s supporters stormed the Capitol that day shortly after the former Republican president delivered an incendiary speech in which he repeated his false claims that the 2020 US election had been marred by widespread fraud.

The US Justice Department will request that Rhodes be detained while he awaits trial, a prosecutor said at Friday’s hearing.

James Lee Bright, a lawyer for Rhodes, told reporters his client intends to fight the charges.

“He believes he will be found not guilty,” Bright said, adding that Rhodes will oppose the government’s request for pretrial detention. “He has no reason to flee. He has no passport. He has nowhere to go,” Bright said.

Rhodes was charged earlier this week along with more than a dozen other members and associates of the Oath Keepers, who authorities say came to Washington, DC, intent on stopping the certification of President Joe Biden’s election victory.

The indictment portrayed Rhodes as a ringleader who warned his members to prepare for a “bloody and desperate fight” to prevent Biden from becoming president.

Prosecutors said that beginning in late December 2020, Rhodes used private encrypted communications to plan to travel to the US capital on January 6, 2021. He and others planned to bring weapons to the area to help support the operation, they said.

“While certain Oath Keepers members and affiliates breached the Capitol grounds and building, others remained stationed just outside of the city in quick reaction force (QRF) teams,” the Justice Department said in a statement on Thursday.

“According to the indictment, the QRF teams were prepared to rapidly transport firearms and other weapons into Washington, D.C., in support of operations aimed at using force to stop the lawful transfer of presidential power.”

The Oath Keepers focus on recruiting current and former police, emergency services and military members. The far-right group believes the federal government is encroaching on its rights.