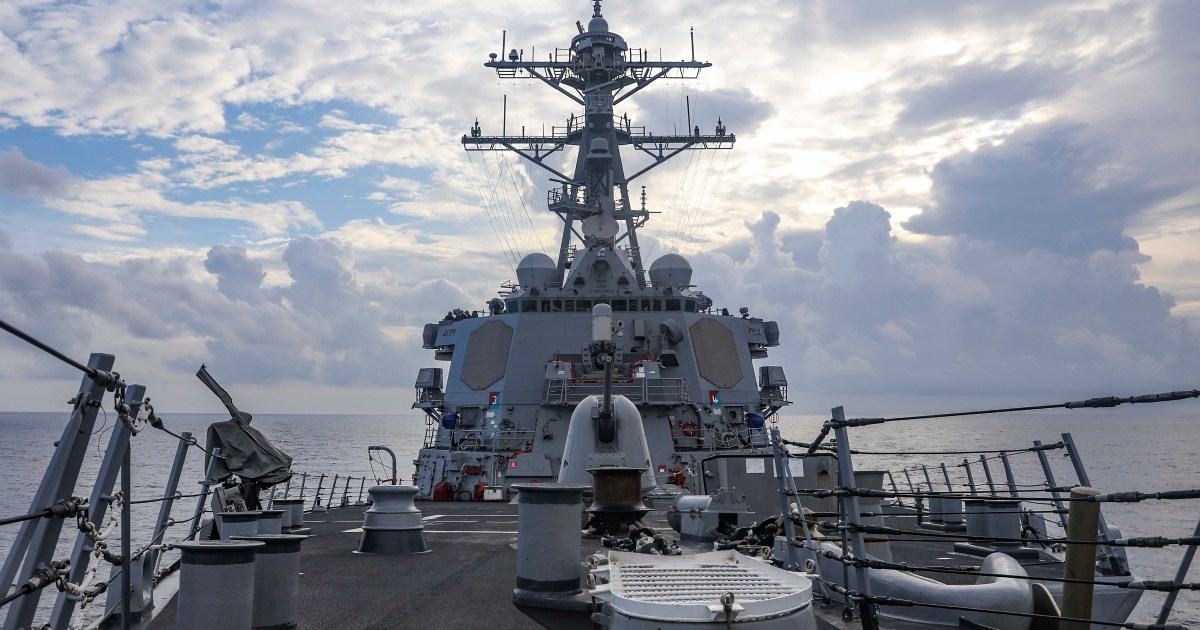 The US says sailing near disputed islands was a ‘freedom of navigation operation’ while China calls it ‘illegal’.

The United States has sent a ship through the northern South China Sea near the disputed Paracel Islands in a move condemned by China.

The USS Benfold travelled near the archipelago of more than 100 reefs and islands, which are occupied by China and claimed by Vietnam and Taiwan, in a “freedom of navigation operation” the US said was necessary to assert rights and freedoms under international law in disputed waters.

“Unlawful and sweeping maritime claims in the South China Sea pose a serious threat to the freedom of the seas, including the freedoms of navigation and overflight, free trade and unimpeded commerce, and freedom of economic opportunity for South China Sea littoral nations,” the US 7th Fleet said in a statement on Wednesday.

Beijing, which took control of the Paracels’ Woody Island in 1955, reacted angrily to the presence of the US destroyer. Woody Island is the most prominent feature in the island chain and China has built an airport and other facilities there.

“On July 13, the U.S. guided missile destroyer “Benfold” illegally broke into China’s Paracel territorial waters without the approval of the Chinese government,” Tian Junli, the spokesperson for the Chinese military’s Southern Theatre Command, said in a statement.

The move “seriously damaged the peace and stability of the South China Sea, and seriously violated international law and the norms of international relations”, Tian said, according to Reuters news agency.

Tensions have been simmering for years in the South China Sea, which China claims almost in its entirety.

Vietnam, Taiwan, Malaysia, Brunei and the Philippines also have claims on the waters.

Manila lodged a legal challenge over Beijing’s actions in the sea in 2013 and the court in The Hague ruled three years later that China’s claim had no basis in law.

Beijing has refused to recognise the decision, and says its so-called historic rights on which it bases its claims of sovereignty predate the United Nations Convention of the Law of the Sea (UNCLOS) of 1982.

UNCLOS sets out what countries can claim from various geographic features at sea, and also governs maritime behaviour. China and the Philippines are among the 167 parties that have signed and ratified UNCLOS. The US has not ratified the legislation but recognises the instrument as international customary law.

In its statement, the US Navy 7th Fleet noted that China, Taiwan and Vietnam were all in breach of international law by requiring either permission or advance notification before a military vessel or warship engages in “innocent passage” through the waters around the Paracels.

It said the sailing by the USS Benfold was a challenge to such “unlawful restrictions”.