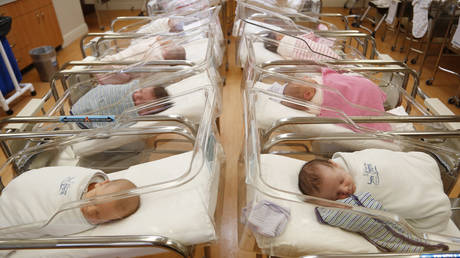 Oklahoma has become the first US state to prohibit a nonbinary option on birth certificates, enacting legislation that supporters claimed would help ensure “clarity and truth” on official documents.

Governor Kevin Stitt signed the bill into law on Tuesday, following up on an executive order that he issued last November prohibiting the Oklahoma State Health Department (OSDH) from amending gender designations on birth certificates. The controversy began after OSDH – unbeknownst to the governor – settled a civil lawsuit by agreeing to allow a nonbinary option.

“People are free to believe whatever they want about their identity, but science has determined people are either biologically male or female at birth,” said Representative Sheila Dills, the Republican lawmaker who sponsored the bill on gender designations. “We want clarity and truth on official state documents. Information should be based on established medical fact and not an ever-changing social dialogue.”

More than a dozen US states allow for gender designations other than male and female on their birth certificates. Others don’t provide a nonbinary option, but Oklahoma is reported to be the first to legally prohibit the designation.

President Joe Biden’s administration last month announced that it was making an “X” gender marker available on US passports. The US State Department had previously begun allowing citizens to self-select the gender identity on their documents.

The new law relating to birth certificates comes less than one month after Stitt signed a bill prohibiting biological males from participating in girls’ sports. More than a dozen Republican-controlled legislators have passed such bills since 2020.

Oklahomans elected the nation’s first openly nonbinary legislator, Mauree Turner, in 2020. The Oklahoma City Democrat, whose Twitter profile includes “not a woman,” spoke out against the bill on nonbinary gender markers as it was being debated in the House last week. “I find it very extreme and grotesque use of power in this body to write this law and try to pass it when literally none of them live like this,” Turner tweeted.