US vows to defend Pacific ally from China 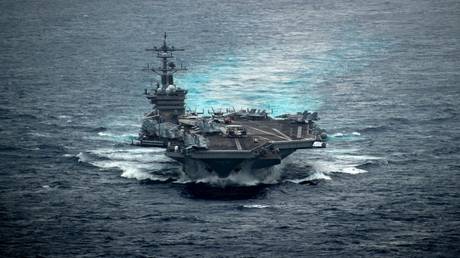 US Secretary of State Antony Blinken has urged Beijing to rescind its claims to the South China Sea and accept a 2016 territorial ruling in favor of the Philippines, also pledging a US military response should China carry out an “armed attack” on the island nation.

In a statement issued on Tuesday by the US Embassy in Manila, Blinken said China must “abide by its obligations under international law and cease its provocative behavior” in the South China Sea, citing a prior decision by a Hague tribunal which rejected Beijing’s broad claims to the region.

He went on to say that any “armed attack on Philippine armed forces, public vessels, or aircraft in the South China Sea would invoke US mutual defense commitments” under a 1951 treaty, insisting the sea remain “free and open.”

Asked about the comments during a Wednesday press briefing, Chinese Foreign Ministry spokesman Wang Wenbin called the tribunal decision “illegal, null and void” while claiming Washington has used the ruling to “drive a wedge between regional countries and undermine peace and stability.”

“China neither accepts nor recognizes it and will never accept any claim or action based on the award. By doing so, we are upholding the international rule of law,” he said, calling on the US to “to respect China’s sovereignty, rights and interests in the South China Sea, stop stirring up trouble and stop using the South China Sea issue to sow discord.”

Beijing did not take part in the 2016 tribunal, which ended up siding with Manila after it contested Chinese claims to the sea. Several other nations also maintain conflicting claims in the region, including Taiwan, Vietnam, Brunei and Malaysia.

Philippine Foreign Secretary Enrique Manalo weighed in on the matter on Tuesday, deeming the ruling “indisputable” and stating that the newly elected national government would insist on its enforcement.

READ MORE: China says it ‘drove away’ US destroyer

“We firmly reject attempts to undermine it… even erase it from law, history and our collective memories,” he said, though did not single out China by name.

Since US President Joe Biden took office last year, the Pentagon has conducted near-monthly transits of the South China Sea, including the contested Taiwan Strait, deploying a variety of warships to the area despite repeated warnings from Beijing. The most recent sail-through came on Wednesday, with China claiming it “drove away” an American guided-missile destroyer after it “illegally trespassed into Chinese territorial waters.”