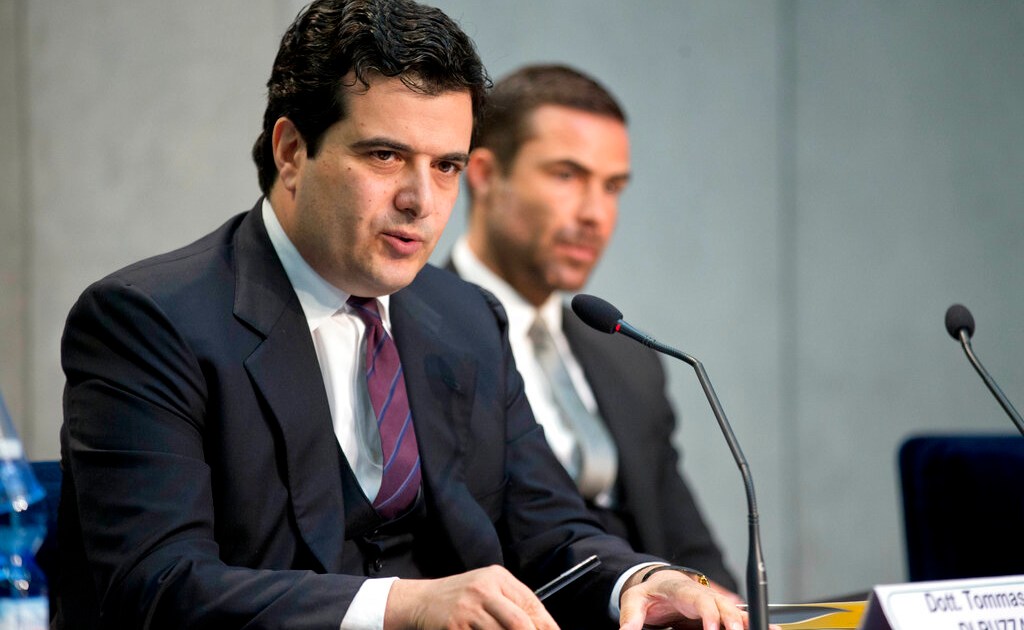 The former director of the Vatican’s financial watchdog agency testified Wednesday that Pope Francis asked him to help the Vatican Secretariat of State get full control of a London property, once again putting the pope and his top deputies in the spotlight for their roles in the problematic deal.

Tommaso Di Ruzza is one of 10 people accused in the Vatican’s sprawling financial trial, which is centred on the Secretariat of State’s 350 million euro ($370m) investment in a luxury London property. Vatican prosecutors have accused brokers and Vatican officials of fleecing the Holy See of millions of euros in fees, much of it donations from the faithful, and then extorting the Vatican of 15 million euros ($15.8m) to get full control of the property.

Di Ruzza, the former director of the Vatican’s Financial Information Authority, or AIF, is accused of abuse of office for allegedly failing to block the 15 million ($15.8m) payment to broker Gianluigi Torzi and of allegedly failing to alert Vatican prosecutors to a seemingly suspicious deal.

Di Ruzza testified Wednesday that he had neither the authority to block the payment, nor the sufficient evidence at the time to flag it to Vatican prosecutors as suspicious under international norms or the Vatican’s own anti-money laundering laws.

Furthermore, he testified that AIF’s involvement in the deal was correct, noting that as soon as he learned about the deal he launched a multi-pronged, international financial intelligence investigation that was active when Vatican police raided his headquarters on October 1, 2019.

“I have always acted in compliance with the rules and to protect the interests of the Holy See,” he said.

At issue in the case are contracts signed between Torzi and the Secretariat of State in November and December 2018 asserting that the Vatican would own 30,000 shares in the London property’s holding company and Torzi 1,000. But Torzi’s shares were the only ones with the right to vote, meaning he controlled the building.

By December 2018, the Vatican realised it had an empty box on its hands, and scrambled to figure out a way to get full control of the building: either by buying out Torzi’s shares or launching legal action against him for what the Vatican considered to be a fraudulent deal.

The number-two official or substitute in the Secretariat of State, Archbishop Edgar Pena Parra, has already told prosecutors that based on Pope Francis’s desire to “turn the page” and spend as little as possible to get control of the building, the Vatican decided to pay off Torzi rather than take him to court.

Di Ruzza testified that he met with Francis on or around March 26, 2019 and that Francis told him that he wanted to have a “direct management, without intermediaries” in the property.

Pena Parra had sought AIF’s opinion about approaching the Vatican Bank, known as IOR, to obtain a 150 million euro ($158.4m) loan to extinguish the mortgage on the property since the existing mortgage was too onerous, Di Ruzza said. AIF was asked to make sure the loan was compliant, which Di Ruzza said it was.

Di Ruzza said AIF opened an investigation into the deal on March 18, 2019, sending requests for financial information to a half-dozen countries’ financial intelligence units, soon after it learned about it from Pena Parra.

But asked by Prosecutor Gianluca Perone why he didn’t file a suspicious report at the time with Vatican prosecutors, Di Ruzza responded: “Let me ask a question: Who should I have denounced? The substitute?”

He testified that by the time Vatican police raided its headquarters in 2019, AIF’s investigative file contained 65 documents from intelligence investigations inside and outside the Vatican. But he said the investigation wasn’t yet completed and was still missing responses.

He said that under the Vatican’s own laws, he needed “a well-founded motive to suspect an activity of money laundering or terror financing … or of predicate crimes, of which there were no elements or signals from inside or outside the Holy See.”

Prosecutors dropped an earlier accusation of embezzlement against Di Ruzza after they were forced to redo their investigation because they committed procedural errors. Once redone, prosecutors dropped the charge.