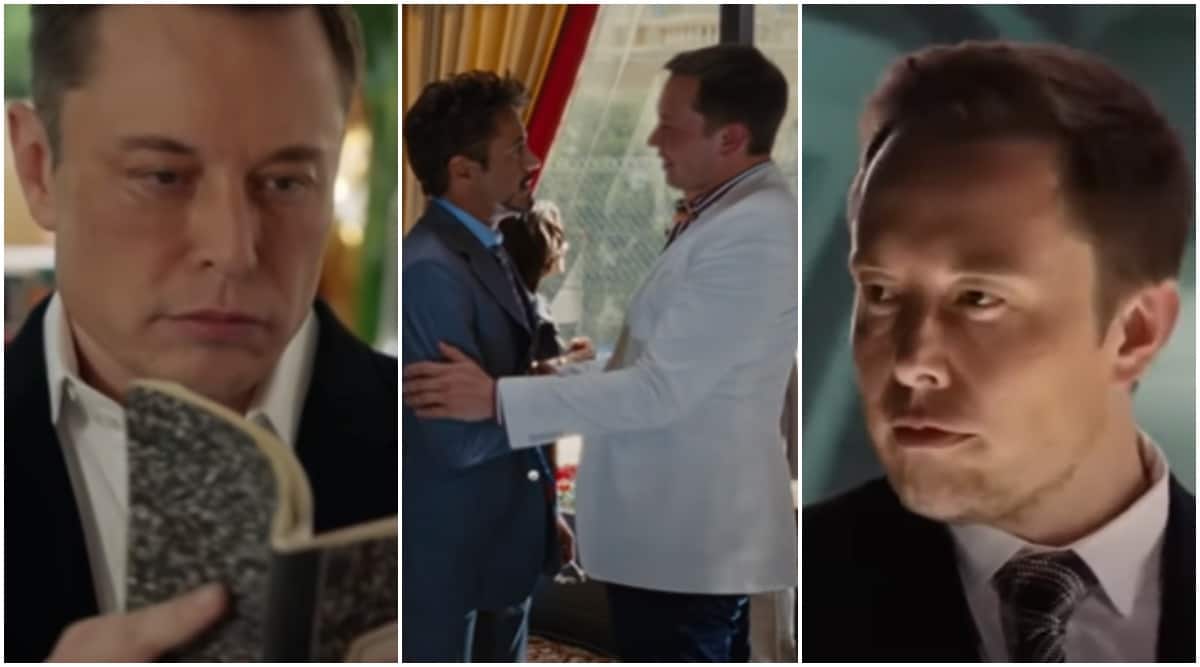 Billionaire Elon Musk, whose takeover of Twitter for $44 billion finally came through on Monday after weeks of speculation, is a celebrity in his own right. Over the past decade or so, Musk has cashed in on his own image by appearing in a series of cameos in films and television shows, mostly as himself or an exaggerated version of himself.

Musk has often been labeled as a real-life Tony Stark, thanks to his presence and influence in the tech world. And it was because of his expertise in these matters that Robert Downey Jr made it a point to consult with him before playing Stark in the Marvel Cinematic Universe films. “It’s not based on him, it’s based on the comic book,” director Jon Favreau told Vox, adding, “But Robert Downey, when we were prepping ‘Iron Man,’ said, ‘There’s somebody we should sit down and talk with.’ [He] said, ‘This is a guy who can give us some insight into what it’d really be like to be Tony Stark’.”

And thus was born a quick cameo in Iron Man 2, in which Musk has a chat with Stark about private jets at the Monaco Grand Prix. Favreau also revealed that parts of Iron Man 2 were filmed at SpaceX.

But over the years, as Musk became a more prominent face even outside tech circles, his presence grew. Predictably, he has appeared as himself on both The Simpsons and South Park–both animated shows are known for celebrity cameos. Musk also played an alternate reality version of himself, Elon Tusk, complete with tusks in his mouth and a automobile company called Tuskla at his disposal.

It was one of Musk’s SpaceX rockets that sent Danny Trejo’s Machete into outer space in director Robert Rodriguez’s over-the-top exploitation film Machete Kills. Musk has also appeared in both The Big Bang Theory and its spinoff, Young Sheldon. In the popular sitcom, he plays himself in a season nine episode, in which he meets Howard Wolowitz while cleaning dishes at a shelter. In Young Sheldon, it is revealed that he arrived at a major scientific breakthrough after coming across Sheldon’s childhood notebook.

Musk made a brief appearance in the 2016 comedy Why Him? in which he met with Bryan Cranston’s lead character. Musk is also one of the producers of the movie. Additionally, he appeared in an uncredited cameo in Men in Black: International.