Why does Transnistria risk being dragged into Russia’s war in Ukraine? 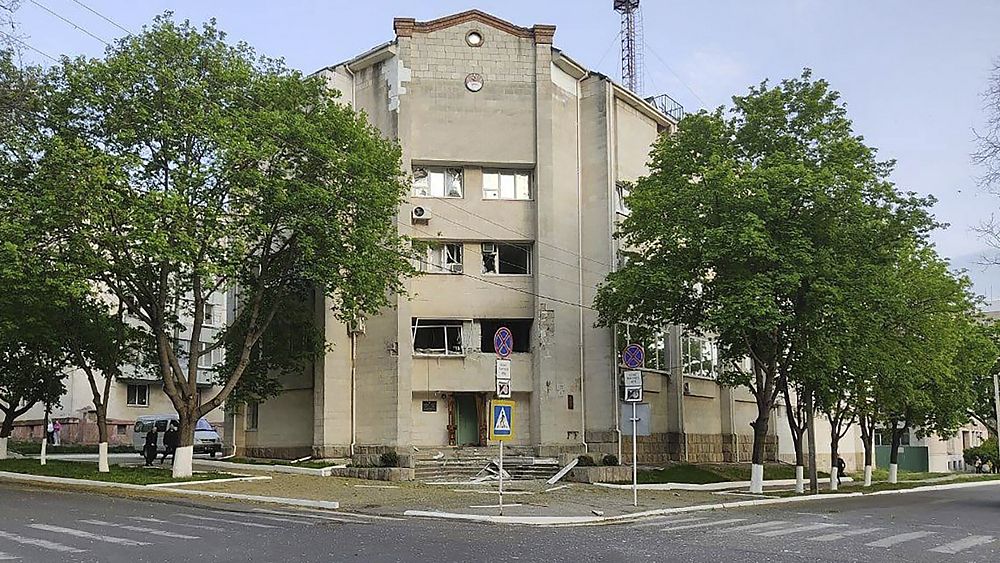 Tensions have increased in recent days in and around the Moldovan breakaway region of Transnistria, a place few in Europe have heard of but which could easily become a new flashpoint for the war in Ukraine.

Explosions that have occurred in Transnistria over the past two days have raised concerns that the war across the border in Ukraine could soon be extended there.

Transnistria’s president, Vadim Krasnoselsky, called on Tuesday for a 15-day red alert, with anti-terrorist security measures put in place, like the setting up of roadblocks at the entrances to cities.

“The traces of these attacks lead to Ukraine”, Russian news agency TASS quoted Krasnoselsky as saying.

This came less than a week after a senior Russian military official, Rustam Minnekayev, said that Russian forces were aiming to take full control of southern Ukraine, and that such a move would open a land corridor between Russia and Transnistria.

Where the hammer-and-sickle still rules

A long and narrow strip of land on the eastern edge of Moldova, Transnistria has been considered a “frozen conflict,” following the breakup of the Soviet Union in 1990 and a brief civil war with Moldova in 1992.

That months-long conflict left an estimated 700 people dead. Since then, the region has operated as an independent state, though one not recognised by any country. Russia has maintained a military presence of about 1500 soldiers in Transnistria since 1992, ostensibly as peacekeepers.

Transnistria extends for about 400 kilometres between the eastern bank of the Dniester River in Moldova and the country’s border with Ukraine, and is home to a population of about 470,000 predominantly Russian speakers.

The 70-kilometre journey from the Moldovan capital, Chisinau, to Tiraspol, the capital of Transnistria, takes around 90 minutes, passing through an unofficial “border” checkpoint manned by Transnistrian soldiers. From Tiraspol to the Ukrainian city of Odesa is just over 100 kilometres.

Transnistria and its capital can feel like stepping into a time warp, with Soviet iconography like the hammer-and-sickle prominently displayed on flags and buildings, and a statue of Vladimir Lenin standing outside the parliament building.

While Moldova, one of Europe’s poorest nations, has increasingly moved towards the European Union in recent years, Transnistria has kept its strong ties to Russia. In March, Moldova signed an official request to join the EU, though that process would likely take many years.

On Monday, explosions rocked the headquarters of the region’s state security ministry, potentially rocket-propelled grenades, with no casualties reported. On Tuesday morning a pair of explosions knocked out two powerful broadcasting antennas. No one has claimed responsibility for the attacks.

A day later, authorities in Transnistria said that a village bordering Ukraine, hosting a large Russian army ammunition depot, had been the target of weapons fire.

“From the information we have at this moment, these escalation attempts stem from factions within the Transnistrian region that are pro-war forces and interested in destabilising the situation in the region,” Moldovan President Maia Sandu told a news conference on Wednesday.

The United States has previously warned that Russia could launch “false-flag” attacks in nearby nations as a pretext for sending in troops.

However, on Tuesday Russian Deputy Foreign Minister Andrey Rudenko said that Moscow was “concerned” about the string of explosions, adding that Russia “would like to avoid a scenario” in which Transnistria would be dragged into the war.