RSS24.news
06/08/202202:22
A version of this story appeared in the August 5 edition of CNN’s Royal News, a weekly dispatch bringing you the inside track on Britain’s royal family. Sign up here.
Diaries are constructed and public appearances are arranged depending on where that person is in the line of succession. The closer they are to the crown, the more formal they are expected to be, reflecting the stately duties they will have to take on.
That’s why Prince William can afford to be more relaxed in public than his father. William is not expected to take the throne any time soon, but he and the Duchess of Cambridge are already paving the way for their children to take on higher-profile roles and duties. 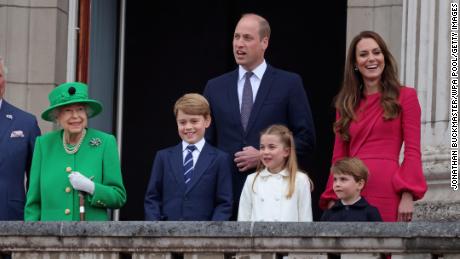 The Cambridges are fiercely protective of their privacy. Up until recently, they only shared occasional glimpses into their personal lives, and these were often captured by the duchess’ own camera, giving them the intellectual property rights to the images and control over how they are used.
Now, they are entering a new phase, gradually bringing their children out in front of the traditional media and getting them involved in their first official engagements.
It’s not always easy with small children, as we saw at the start of the summer during the Queen’s jubilee celebrations. Kate and William’s youngest, 4-year-old Louis, stole the show during the flypast with his comical faces. Then he did it all again during the pageant, where his parents tried their best to keep him entertained during the quieter moments… and, thankfully, grandpapa Charles was available to lend a helping hand. 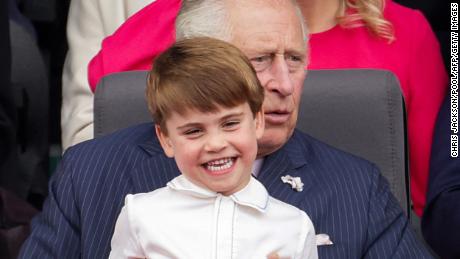 George, who recently turned 9, is already handling it like a pro. Just a few weeks ago, he carried out an engagement at Wimbledon, dressed impeccably in a blazer and tie, watching the men’s final and later chatting comfortably with champion Novak Djokovic. 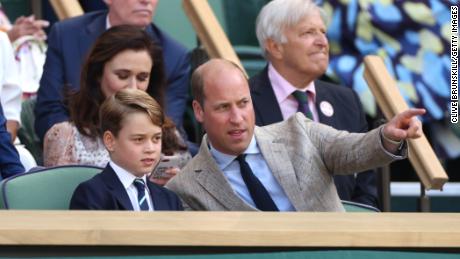 Seven-year-old Charlotte had her turn this week during the Commonwealth Games in Birmingham, where she was greeted by a traditional line-up, shaking hands and looking her hosts in the eye with a confidence beyond her years.
She made a splash from the stands as she watched the swimming on Tuesday. Proving she can be just as animated as her brother Louis, the princess was seen pulling a variety of funny faces throughout the day, as well as enjoying lively conversations with her parents.
Later, the trio watched England’s women take on India in the hockey, and enjoyed some artistic gymnastics. The family also visited athletics charity SportsAid, where Charlotte revealed her favorite sport is, in fact, gymnastics. This was off the back of her viral video wishing the England football team good luck for the women’s European final last weekend.
With each outing, we’re learning a little more about this next generation of Windsors. And seeing the family in less formal settings, where they combine their duties with some fun, delights the crowds in attendance as well as the royal-watchers at home. 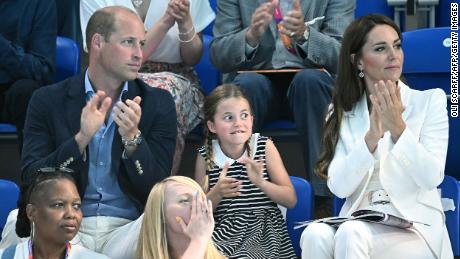 Early fame is never easy, but the royals have more experience than others in how to handle it. Prince William, in particular, is scarred by memories of media intrusion from his own childhood, when his mother, Diana, was the most sought-after personality on the planet. He knows where to draw the line with his own family, and he won’t allow it to be crossed.
For William and Kate, the challenge is getting the balance right. They’re aware the family needs to be seen in order to remain relevant, and that the children must get used to the limelight, but they also believe they have the same rights as the rest of us to some privacy. It’s also in the public interest for them to have a happy and stable upbringing to form the foundations of a life in public service.
The decision to bring the children along to a few appearances during their school summer vacation will help ease their transition into public-facing positions. And taking the kids to engagements where they are likely to have a genuine interest — like sporting events — will make this growth into their royal roles a bit more comfortable. 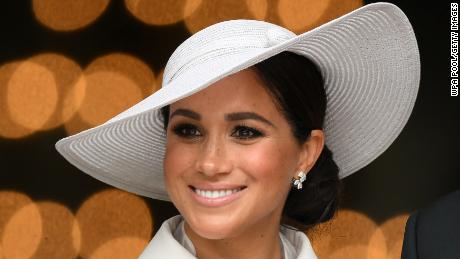 Happy birthday to the Duchess of Sussex, who turned 41 on Thursday. While it’s not known how Meghan marked her special day, family members back in the UK took to Twitter to share their good wishes. Both Clarence House and the Cambridges shared photographs of the duchess from her recent trip to Britain for the Queen’s Platinum Jubilee celebrations in June. Take a look here.

WHAT ELSE IS HAPPENING?

Prince Charles disputes report he brokered £1 million donation from Bin Ladens for his charity.
Clarence House, the residence of Prince Charles, has disputed claims reported in the UK’s Sunday Times that the heir to the throne brokered a deal in 2013 to accept a £1 million ($1.2 million) charity donation from Osama bin Laden’s half-brothers. The Sunday Times, citing unnamed sources, reported that Charles accepted the donation from Bakr and Shafiq bin Laden for The Prince of Wales’s Charitable Fund (PWCF) despite objections from key advisers at the time. Clarence House disputed that assertion on Saturday, saying the decision to accept the money was made by the charity’s trustees, and not the prince. Read the full story. 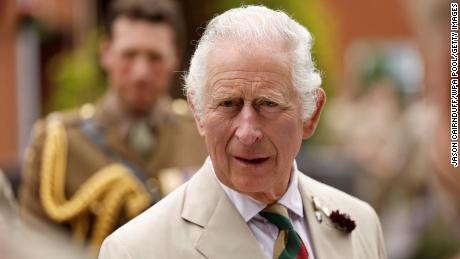 PHOTO OF THE WEEK 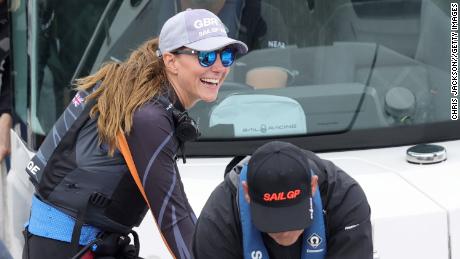 “The Championships and your performance in them have rightly won praise. However, your success goes far beyond the trophy you have so deservedly earned.”

The Queen congratulates the England team after its win against Germany in the Women’s Euro 2022 football tournament.

It’s no secret the Brits love a game of footie. And it looks as if the Queen got swept along with the rest of us when England’s Lionesses stormed to the final of Euro 2022 and took the trophy on Sunday. The monarch sent a message to the team, hailing them as “an example that will be an inspiration for girls and women today, and for future generations.” Prince William, who is the President of the Football Association and was on hand to help congratulate the teams following the final, described the win as “sensational” before adding the “whole nation couldn’t be prouder of you all” in a post on Twitter.