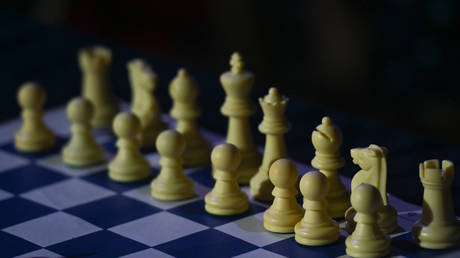 An investigation has been launched into the tragedy

A 12-year-old girl competing at a chess tournament in southern Russia has been mauled to death by a dog while she was out walking. Organizers said the remainder of the tournament has been canceled and an investigation launched.

The tragic scenes took place on the sidelines of the Russian Youth Chess Championships being held in Loo, which lies just over 15km from Sochi along the Black Sea coast.

According to initial reports, the youngster was at the tournament with her mother. The incident happened during a walk in her free time when the girl, named by the Russian Chess Federation as Polina Kunikova, is said to have climbed a fence in a closed area of a hotel complex after she had seen some puppies.

She was then attacked by a German Shepherd, sustaining fatal injuries. According to Championat, the girl’s body was not found until an hour later when a person arrived to feed to dogs.

The Russian Chess Federation announced the suspension of the tournament, which it said “cannot be resumed until the end of the investigation and the clarification of the causes of what happened.”

“The Russian Chess Federation expresses its deepest condolences to Polina’s family and all participants in the competition,” read a statement.

“The RCF is cooperating with law enforcement agencies and is counting on a thorough and objective investigation into the tragedy,” it added.

A series of youth chess competitions for age groups up to the age of 21 were well underway in Loo before the tragedy struck.