Popular YouTuber Gaurav Taneja, also known to his fans as Flying Beast, recently took to his social media to make light of the fact that he was arrested for celebrating his birthday inside a Noida metro coach.

Taking to Instagram story, Gaurav shared a photo that featured some decoration from his birthday bash. He had added the song “Gaadi Bula Rahi Hai” in the background and captioned the image, “Gaadi aur police dono bula rahi thi” (The train and the police, were both calling out to me). 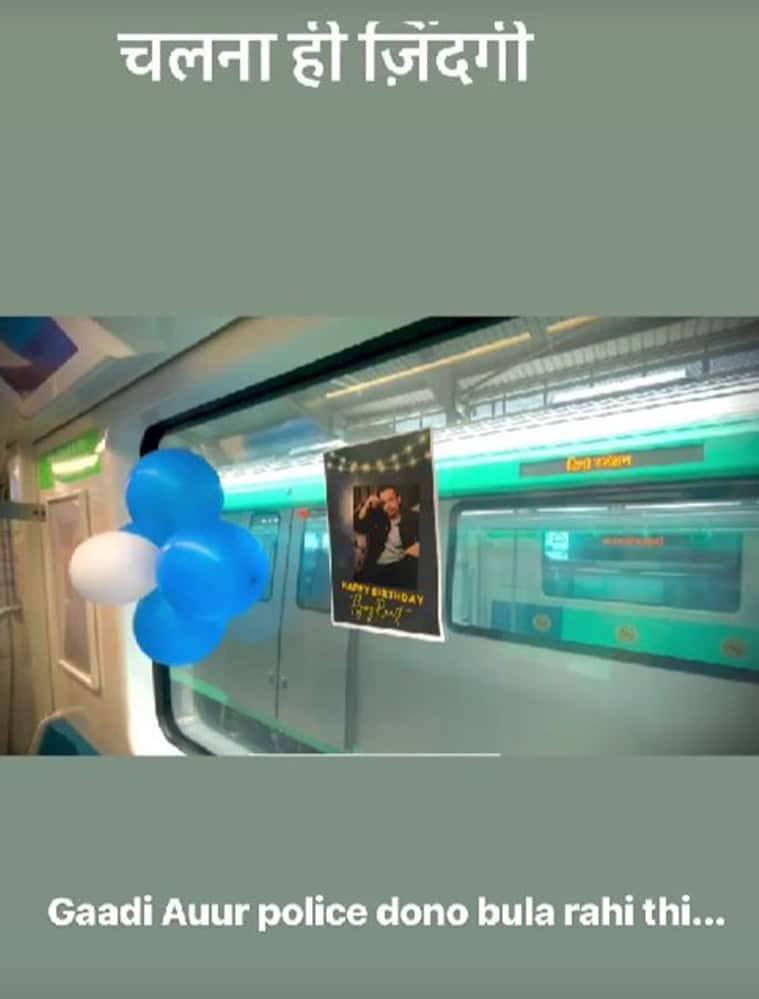 Gaurav had invited his fans to the said party via social media. The birthday celebration ended up causing a chaos as fans flocked to the venue to meet Taneja. Taneja was arrested on Saturday, and an FIR was filed under IPC sections 341 (punishment for wrongful restraint) and 188 (disobedience to order duly promulgated by public servant). He was later released on bail that evening.

The Noida Metro Rail Corporation only allows up to 200 guests for parties and celebrations, but due to the open invite that Taneja had sent out earlier, many more than the stipulated number of guests ended up arriving at the venue. Gaurav’s friends had reportedly booked a private coach that allows for such celebrations.

In a new statement, Gaurav Taneja had said that he will seek an appropriate legal remedy against his arrest, stating that he had taken proper permission for the birthday celebration.  “It is pertinent to mention here that these fans were not violent nor did they raise any objectionable slogans neither harmed any public property. Their exemplary behaviour speaks for the example that Mr. Taneja and Ms. Rathi has been setting for their fans and followers in their videos. Nonetheless, the Noida Police proceeded to register a case under Sections 188 & 341 IPC. As a result of the same, he was briefly detained and then released within a couple of hours. Needless to say, we would be pursuing appropriate legal remedy,” they said in their statement Sunday night.

Gaurav Taneja runs a YouTube channel that has over 75 lakh subscribers. The channel features several vlogs, featuring himself, celebrity interactions, his wife Ritu Rathee and their daughter.